Parents of two or more children are well familiar with the phrase “Sibling Rivalry.” Because it is an unavoidable phrase for every family experience. You might have had big dreams when expecting your second child. Of how your kids will be playing together, sharing toys, sharing the same bedroom, and even wearing matching clothes if you knew you would have another boy or another girl.

Tell me if I’m lying you never dream about this?

I am a mom to four boys and one girl. Their ages range from 14 to 3 months old, and I am well familiar with all those imaginations and dreams.

Yet, the reality is always the opposite of what we as parents think and dream for our future families. Because every child has a unique personality; given that, you will find yourself dealing with diverse personalities in your home. There will always be arguing, fighting, telling on each other, resentments, and sometimes the fight might be very intense.

However, even though it is an inevitable situation for every family, there is much that we as parents can do to minimize it. Here are a few tips to help you resolve conflicts between your children and help them get along in order to facilitate the most peaceful and healthy home environment.

What is sibling rivalry?

Sibling rivalry is an ongoing conflict between siblings living in the same house. The conflict often starts when the second child is born and continues as they grow up. It happens because of distinct personalities, competition, and especially when one child feels as though they don’t get a lot of attention from their parents as the youngest child gets. In most cases, the older children are the one who begins the conflict because of jealousy, especially when the younger siblings are always more likely to be perceived as the parents’ favourite ones. These are some of the major causes of sibling rivalry. So, in order to prevent sibling rivalry in your household, you must have the best strategies to help your kids get along well with each other, and have a better relationship as they matured.

The six strategies listed here are very useful when trying to solve sibling rivalry in your household and lead a positive parenting life.

The best way to solve the problem between your children is to make sure you analyze the situation carefully before taking action when the conflict rises. Because sometimes kids can be smart and can trick you easily. You should be able to tell which child is lying to avoid being unfair to other kids. If you are being strict with one child and lenient with another, you will end up having children who constantly quarrel with one another.

Despite how exhausted you are after a long day, do your best to follow through with consequences. This will give each of your children the assurance that you are acting fairly, and they will not feel that they have to fight with each other to keep each other in their place.

2. Give ears to your children

When children run to you wanting to tell on each other, they often scream and fight over to speak first. This can be very stressful and frustrated for many parents. Which causes parents to yell instead of listening to what the kids have to say. As a parent, it is best not to yell or threaten your older children with grounding if they keep making noise.

Doing either of these things will intensify sibling rivalry, as your kids will weigh your actions against one another. Instead, stop whatever you’re doing, give your ears to your kids, and let them explain themselves one by one. If you understand what is going on and find out the kid who causes the conflict, let them face the consequences of their actions.

3. Be Fair to each child

It’s impossible to be totally fair all the time as a parent, but it sure helps when you’re doing your best. Don’t allow the wrongdoer to always get away without facing the consequences of their actions because they are young or favoured. If you are favouring one child over another, the sibling with the short end of the stick will be bitter, and the child being favoured will be in trouble with the other kids.

Assure your children by your actions that you will do your best to parent in a fair and consistent manner. This will give your children the confidence to know you are always looking out for each of them, and not at the expense of the others.

As a parent, avoid supporting the younger child more often when they are wrong. As I mentioned above, letting any child get away with their mistake with no consequences is a bad idea. Your task is to create harmony in the home by holding each child accountable for their actions. Be a parent who is loving yet firm, while helping your children to realize their mistakes and learn from them to avoid making the same mistakes again.

By teaching your child to accept their consequences with dignity, you’re not punishing them; on the contrary, you’re teaching them to be honest with themselves and others. This is one of the greatest gifts we can give to our children.

By all means, intervene if one of your children is being treated unfairly by siblings. However, lie low for a time if you have a child that is always begging for aid and you realize they are enjoying the attention. Allowing any of your children to slip into victimization will not benefit them in the long run. Let your child know you are on his/her side. Instead of rescuing him, you will empower him to rescue himself. This also squashes any potential personal problems that could arise from your child’s feeling that he needs to gain your sympathy when arguing with a sibling.

Another major cause of sibling rivalry is when you’re comparing your children to one another. Maybe your youngest child always passes with an A+ and your older child doesn’t care less about school. Resist the temptation to compare your older child to their younger sibling with comments such as, “I wish if you were smart like your young sister.” Comments like these can devastate and tear apart the relationships of your children with each other. It can also damage the relationship between you as a parent with your children.

Be a parent who seeks a united and peaceful relationship with your children. Instead of comparing, praise your children for the small things they can do. Because it will encourage them to do even better. Try to give each child a chance to be heard and respected in the same way everyone would like to.

Remember that raising children comes with many challenges. If you want to avoid some traps in parenting children who dislike and disrespect each other, try these ideas to keep things running smoothly. Your reward will be a family that cares about each other and shows mutual respect and courage, rather than hostility. 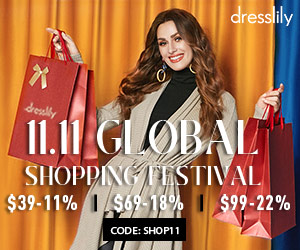 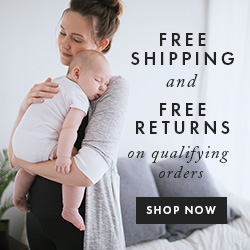 This website uses cookies to improve your experience while you navigate through the website. Out of these, the cookies that are categorized as necessary are stored on your browser as they are essential for the working of basic functionalities of the website. We also use third-party cookies that help us analyze and understand how you use this website. These cookies will be stored in your browser only with your consent. You also have the option to opt-out of these cookies. But opting out of some of these cookies may affect your browsing experience.
Necessary Always Enabled
Necessary cookies are absolutely essential for the website to function properly. These cookies ensure basic functionalities and security features of the website, anonymously.
Functional
Functional cookies help to perform certain functionalities like sharing the content of the website on social media platforms, collect feedbacks, and other third-party features.
Performance
Performance cookies are used to understand and analyze the key performance indexes of the website which helps in delivering a better user experience for the visitors.
Analytics
Analytical cookies are used to understand how visitors interact with the website. These cookies help provide information on metrics the number of visitors, bounce rate, traffic source, etc.
Advertisement
Advertisement cookies are used to provide visitors with relevant ads and marketing campaigns. These cookies track visitors across websites and collect information to provide customized ads.
Others
Other uncategorized cookies are those that are being analyzed and have not been classified into a category as yet.
SAVE & ACCEPT
Loading Comments...